Congratulations from all of  us. 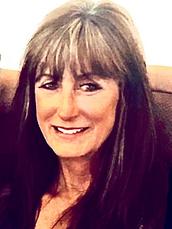 Stacey Estrada is our Plumas Sierra County Cattlewomen’s “Cowbelle of the Year”! Although she was not born into a ranching environment, she did acquire the “genes” from her mothers’ side of the family. Katherine was an only child born on an 1,100-acre cattle ranch in the San Joaquin Valley. She was highly active in FFA and 4-H with her Herford “club calves” and began helping her father, a butcher, run the ranch at an early age. The family grew hay, and raised many breeds of beef and dairy cattle, pigs, chickens, sheep and turkeys for market. Stacey has always pursued the western heritage and lifestyle with a love of all animals, but horses were always her passion. She grew up on horse property in Southern California active in 4-H, horse showing and trail riding all over Palos Verdes with her “saddle pals.” In her pre-teens she spent every summer break in Springville with her retired grandparents where she was introduced to the cattle ranching experience. She worked alongside her grandfather on his best friends’ ranch, gathering, sorting, doctoring, branding, dehorning, and marking calves, a genuinely exciting and memorable experience! Her great grandfather invented the dehorning spoon back at the turn of the Century! She first came to the Sierra Valley in 1987 to camp at Lake Davis with her husband and visit a cousin who managed a large hay ranch in Vinton. She was awestruck by its beauty and local history of agriculture and ranching. It was that experience that influenced her dream to eventually live on a ranch in the Sierras. Stacey, and her husband Michael, lived and worked in Silicon Valley before retiring in 2014. Michael was a Superintendent of the Bus Transit System and Stacey was a full time on call, mobile notary and a part time, in resident, caretaker for 3 ranches when her clients travelled. The 10-acre vacant land they purchased in Calpine in 2004 finally became “Pine Rock Ranch” in 2014. Michael and Stacey are incredibly happy enjoying their life together full time in the mountains. Stacey is grateful every day that she can live her dream of raising her horses and trail riding with her friends. Stacey never had children, which opened her life up to being of service to her community which she loves dearly. She created the Calpine California Facebook page in December of 2018 as local outreach resource for the Sierra Valley residents. Over the years, she joined the following Sierra County non-profit associations; the Calpine Volunteer Fire Department, the Sierra County Chamber, the East Sierra Valley Chamber, the Sierra County Historical Society and the Golden Nugget Republican Women’s Federation. She has remained a notary public providing an essential service to the surrounding Counties. Stacey joined the Plumas Sierra Cattlewomen chapter in 2008 but became an active, full time member in 2014 as their Public Relations & Publicity committee chair. She produces most of the advertising material while promoting all the local events through many outlets. She has been very generous in her donations over the years and has volunteered her time in many capacities; The County fair, beef promotion & education related fundraisers, Sierra Valley heritage events and membership drives, and hosting monthly meetings to name a few. She holds an AS degree in Veterinary Science, a Professional Food Manager Certification and a BS in Food Science/Nutrition sharing her love of beef and its dietary value. Stacey plans to continue as an active member in Cattlewomen for many years. She has always had an energetic, personality with a tireless “can do” attitude in everything she contributes to our chapter, therefore, she has duly earned our 2020 “Cowbelle of the Year”!